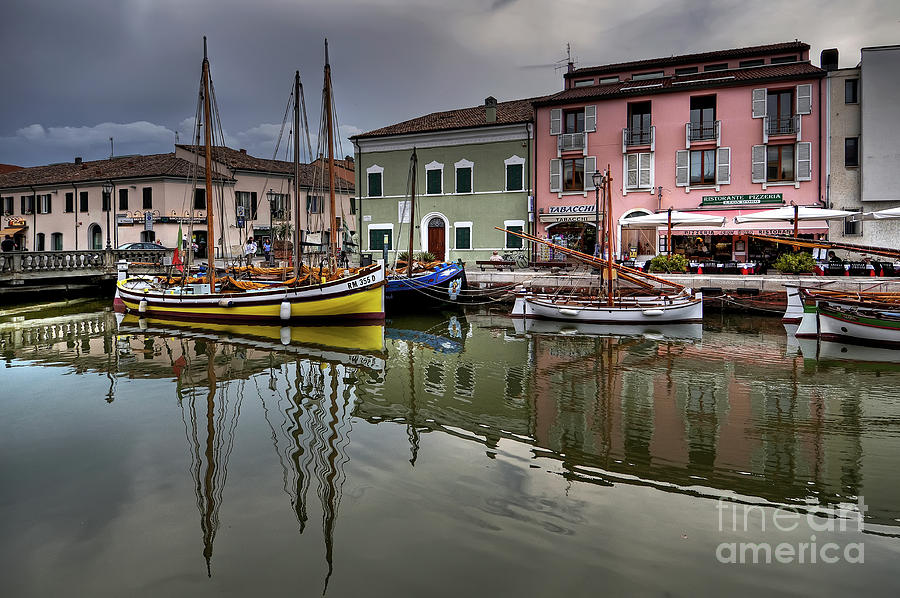 Cesenatico is an example showing like history and marine tradition can coexist in a modern tourist resort. The ancient sailing boats are wharfed next to modern motor trawlers that still mark the rhythm of the Leonardesque Canal Harbour’s life and the old but still running fish market is just close to a modern wholesale Fish Market.The Canal Harbour is the main axis of the old town, the center of the society life where citizens and tourist have their walk. The Port can be also considered the main historic building of the town, as it follows the drawing of Leonardo who in 1502 was asked to improve the design of the former landing place. Besides the Marine Museum, along the Port you can also find the Antiquarium, Casa Moretti, Piazza Pisacane with a monument to Giuseppe Garibaldi and its solemn inscription, the old Fish Market and the wide Ciceruacchio square, where the perimeter of the old Pretorian Tower used in the past to defend the port against the Barbary pirates is still visible.Today, near the lighthouse, the imposing Vinci’s gates defend the town from sea storms: this is a real example of modern technology carried out basing on Leonardo’s drawings.The picturesque Piazzetta delle Conserve located in the middle of the old town is named after the structures dug in the ground where the fish was preserved with layers of snow and pressed ice for a long time before the invention of refrigerators. Four of these preserving structures, so numerous in the raised area called Il Monte (the mountain), have been recently restored and are well visible together with the upper part of another still underground preserving structure

I just love your photography, Paolo!!!

This is stunning, Paolo! Love this! So very beautiful!

Congratulations. Your lovely scenic photo is now featured on The 200 Club home page. I am proud to display your talents. Please post it in the feature archives and group promotional threads for continued exposure.

Lovely capture of this beautiful place

Wonderful capture! Congratulations on the feature..

Wonderful colours in this scenic harbor!

Congratulations, your beautiful artistic work is Featured on the home page of the "Bedroom Art Gallery" group. 4/22/22

That is GORGEOUS, Paolo!