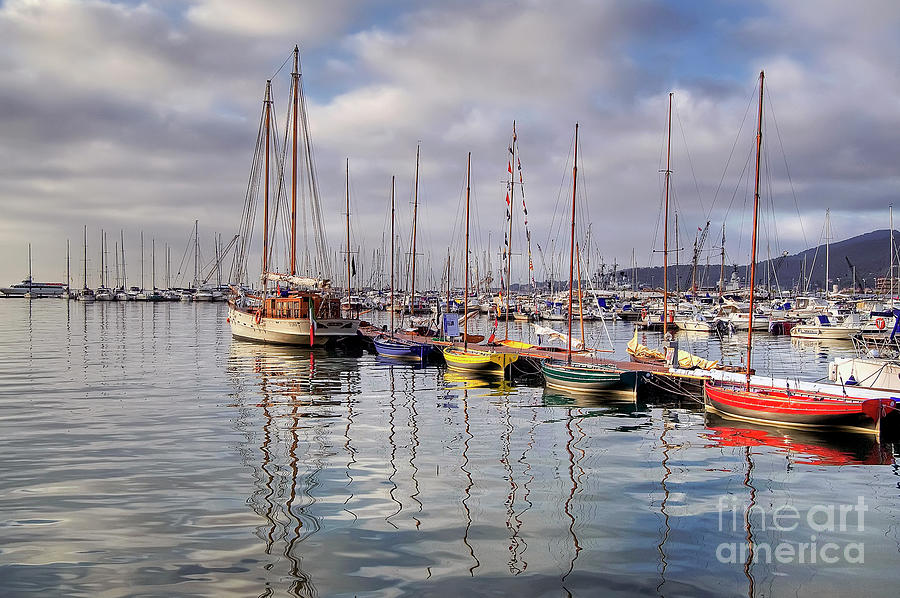 La Spezia – My Town
The city of La Spezia is known as the “Door to Sion”, as at the end of the second World War, it became the point of departure for the survivors from the Nazi concentration camps. From the summer of 1945 to the spring of 1948 over 23,000 Jews managed to leave Italy clandestinely for Palestine. After lengthy tormented vicissitudes, the ships Fede, Fenice and Exodus managed to take away everyone from the Spezia gulf, to the point that on the Israeli geographical maps La Spezia is called «Schàar Zion», Door to Sion. La Spezia holds the Exodus Award devoted to inter-cultural exchange every year to commemorate this important event.
The streets are wide and the houses tall and yellow… This was how Ernest Hemingway saw it, just a few words for an exceptional description: a city made up of large houses and wide streets where plastered facades irradiate sunny warmth.
And this is still the impression one gets visiting La Spezia, houses full of light facing onto the sea and it is exactly the size of the houses that gives one to understand the extraordinary development starting from the second half of the XIX Century, that is to say from when the great Naval Arsenal commissioned by the Savoy’s transformed the best part of its fate and aspect.
But La Spezia has in reality an ancient history. Capital of the short-lived Niccolò Fieschi seigniory in the period between 1256 and 1273, inevitably linked with the Genoese vicissitudes until the fall of the Republic of Liguria, it grew and changed to develop following the lines of the Ligurian capital.
In fact this Ligurian influence is still visible in the urban layout as well as in the types of buildings and decorations. It can be seen by going along the carrugio, the narrow street dividing the Old Town into two, called via del Prione taking its name from pietrone or large stone, in local dialect in fact prione, from where public announcements were read. Going up from the sea you will see partly hidden but evident traces of past history: engraved stones, capitals and portals in 14th century sandstone, double lancet windows vaguely reminiscent of the future renaissance style, mannerism and baroque pediments and decorations similar to those adorning the portals of the palaces once belonging to the Doria family and the Princes of Massa.

Congratulations on your feature. Stunning work.

Congratulations! .... and thank you for sharing with us your wonderful work of art that has been proudly presented on the Home Page of the group, 'ART FOR PASSION - PASSION FOR ART'. If you wish, you may archive it permanently or promote it further in the Discussions Tabs Featured .... Nancy Carol

Congratulations, your beautiful artistic work is Featured on the home page of the "Bedroom Art Gallery" group.

Congrats!! Your beautiful artwork has been featured in IF THE IMAGE EXCITES YOU group. You are invited invited to place your artwork in “Thank you and Promote” discussion thread of the group.

Bravo, your work is featured on the homepage of the aRt diStrIct! You are invited to archive your work in the feature archive discussion