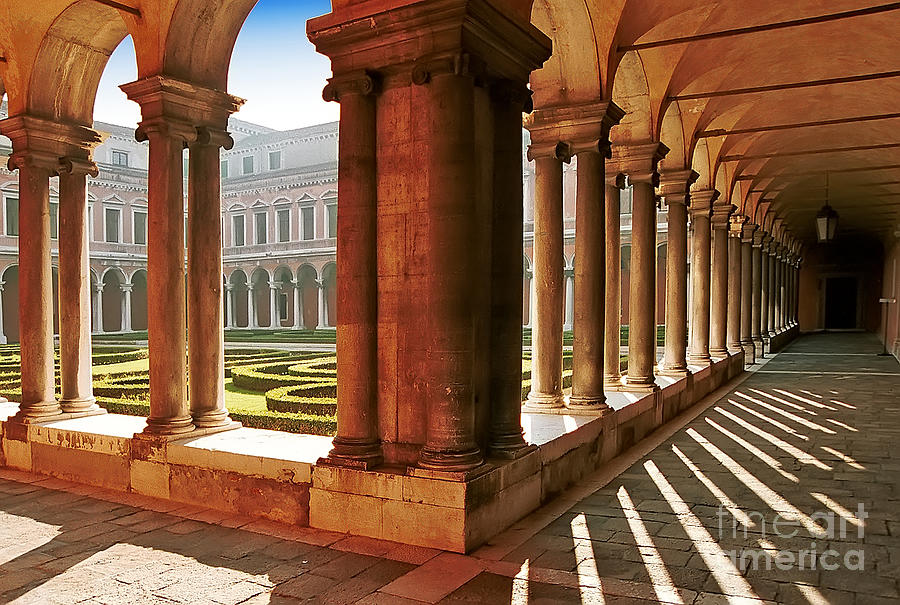 The first St George’s church dates back to the 8-9th century. In 982 the whole island was donated to a Benedictine monk, who founded the adjacent monastery.

The present church was begun in 1566, and was not entirely finished before the death of Palladio in 1580. The façade was continued by Vincenzo Scamozzi based on the original architect's designs and completed in 1610. The church, sometimes designated as a basilica, is a prime example of Palladio's architectural style, and one of the finest churches he designed. The bell tower, first built in 1467, fell in 1774; the reconstruction was completed in 1791. The Benedictine monks still officiate in the church.

Gorgeous work! Congrats on Artist of the week with Camera Art. So very well deserved. (lf)

Congratulations on your feature in the Camera Art group! L/F

Congratulations! Your fantastic photographic art has been chosen as a Camera Art Group feature! You are invited to archive your work in the feature archive discussion. There are many other discussions in the group where you can promote your art even further more

Congratulations Paolo your beautiful artwork is being featured in The World We See:-) Please take a moment to add your wonderful art to our archives in the message area and have a fantastic day!

I will have to say this is really beautiful on so many levels! LF!!!

Wow!! Beautiful light!! Congratulations! I’m am very pleased to feature your beautiful image in the group Covered Bridges and Historical Buildings. It’s a wonderful addition to the group! Please add it to the “2022 Second Quarter Featured Images Collection” thread in the discussions area for a permanent record of the feature. Thank you!

CONGRATS!! Your beautiful artwork has been featured in IF THE IMAGE EXCITES YOU group. You may promote your work in “Thank you and Promote” discussion thread of the group.

Paolo, gorgeous shot of this amazing location - love your POV.

This is lovely. I wish I could step right in to this photo.

Congrats! This photo has been featured on the •UNESCO World Heritage Sites• group on FAA/Pixels. ||| Featured images are capped around 30, so you are invited to archive your photo to the "2021 Features!" discussion topic.

Thanks ever so much for the feature Much appreciated, I am truly honored