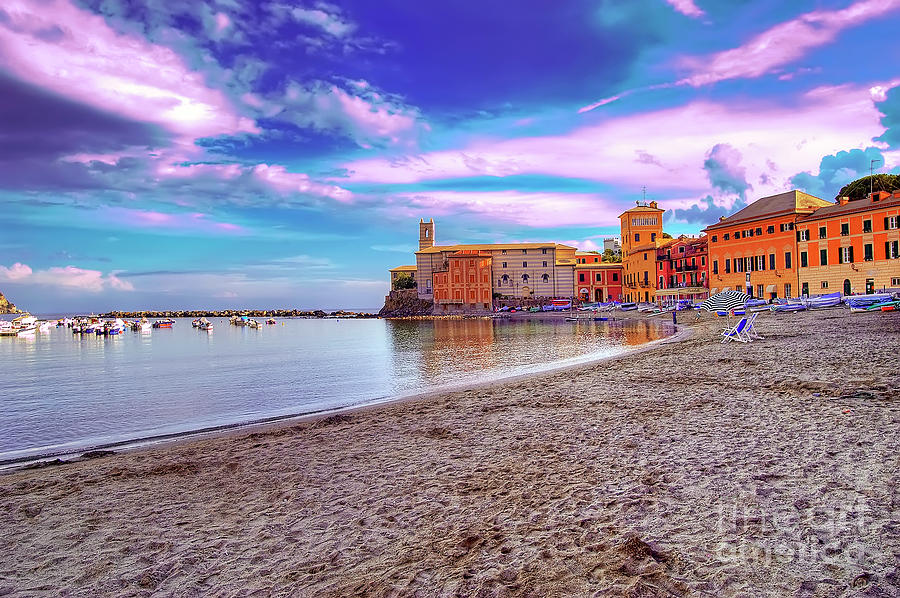 On the far end of the peninsula, the bay is closed by the bulk of the former Dominican monastery of the Annunziata, founded in the 16th century and then, starting from the 1800s, transformed and deprived of its artistic heritage. Today the monastery is owned by the municipality and is the site of the Fondazione Mediaterraneo and of its educational, cultural and conference activities.Several important artistic and architectonic treasures stand out in Sestri Levante:The 17th-century monastery of the Capuchins, with its beautiful wooden furnishings, built in one of the most charming points of the Baia del Silenzio (Bay of Silence);The medieval church of San Nicolò dell'Isola, dating back to the 12th century
The remains of the baroque Oratory of Santa Caterina, destroyed during the bombings of the Second World War.The restored palaces of Portobello (Villa Negrotto Cambiaso and the former Annunziata monastery) and the precious art collection at the Galleria Rizzi, besides all the historic villas belonging to important families of the Genoese aristocracy, who used to live here especially between the 17th and the 18th centuries.

Gorgeous colors in this coastal image.

Beautiful capture, love the sky and the lovely light

Paolo, this is STUNNING! Wow!