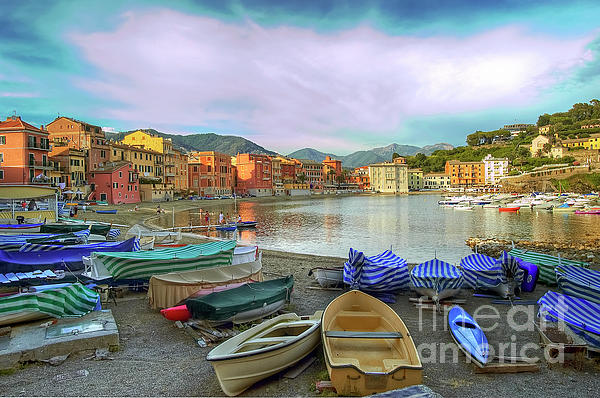 From the church square, you can also get the best possible view over the extraordinary Baia del Silenzio, an enchanting part of the Ligurian coast in... more

Congratulations on your well deserved Special Feature of the Week! F/L

Beautiful! Congratulations on your selection as a Spotlight Artists of the Month in the Picturesque Neighborhoods of The World group! l/f

Congrats on your feature in Picturesque Neighborhoods! I was in Sestri Levante on my honeymoon in 1986. I have a few paintings of it. So charming!

Congratulations, Paolo! Delighted to tell you that you have been selected as a Spotlight Artist of the month of August 2022, and that your stunning capture of beautiful Baia del Silenzio on the Ligurian Coast of Italy, is being featured on the Homepage of the Picturesque Neighborhoods of The World Group. Thank you for being part of this Group and for sharing your magnificent artwork with us. F.

Such a peaceful scene. Lovely.

Congratulations on your Top Finish in the contest… SCENES FROM A BEACH CONTEST! Fl

Paolo, gorgeous shot. I love all those striped covers. f/l

From the church square, you can also get the best possible view over the extraordinary Baia del Silenzio, an enchanting part of the Ligurian coast in the shape of an arch by the crescent of the beautiful sandy beach and the series of colourful Genoese-style façades; at the back of the bay, beyond the isthmus, we can glimpse the Gulf of Tigullio, with the mount of Portofino on the background.According to tradition, Sestri Levante was founded by the Ligurian tribe of the “Tigullii” and it was already known in the Roman Age under the name “Segesta Tigulliorum”. The ancient core of the town developed in the Middle Ages in a fortified position on the "island". After the 15th century, the town expanded onto the alluvial plain south of the Gromolo river. Sestri Levante then became part of the Fieschi family’s domain, until it passed under the flags of the Republic of Genoa, which built the castle on the “island” and kept control of the town until the Napoleonic conquest.